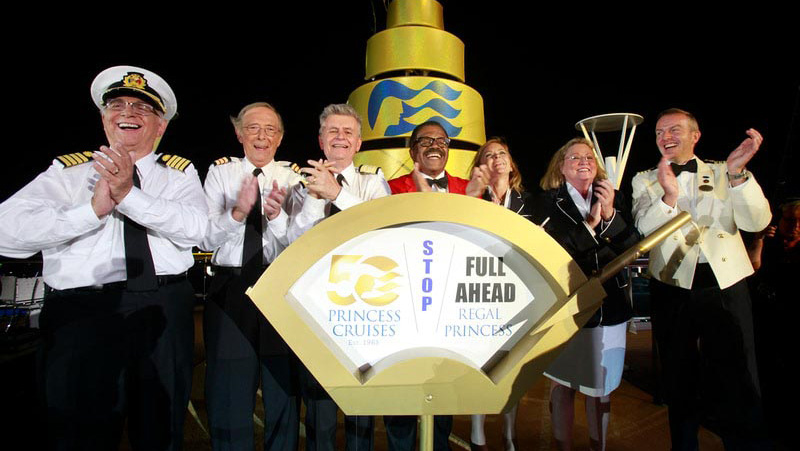 Princess Cruises brought The Dana Agency aboard to coordinate a star-studded 50th Anniversary party for media, celebrities and VIPs. We reunited the original cast members from the Love Boat television series as well as 25 of the show’s past guest stars. We set a record by using 50 champagne bottles to christen the ship and commemorate the line’s 50th anniversary. This was followed by the breaking of a giant 51st bottle to signify Princess Cruises’ future success.

The celebrity-studded gold carpet event included a performance by Jack Jones (who sang the Love Boat Theme song) and an unbelievable flamenco guitar performance by Charo. Add to that, an evening of Regal entertainment with a firework show and one-of-a-kind celebration at sea with stars, including Loni Anderson, Joyce DeWitt, Jamie Farr, Pam Grier, Christopher Knight, and Frank Sinatra, Jr. Back on land after an unforgettable cruising experience, the Dana Agency helped garner 716 placements, including Entertainment Tonight!, Access Hollywood, GMA, Today Show, USA Today, and People Magazine, which resulted in 766 million impressions.