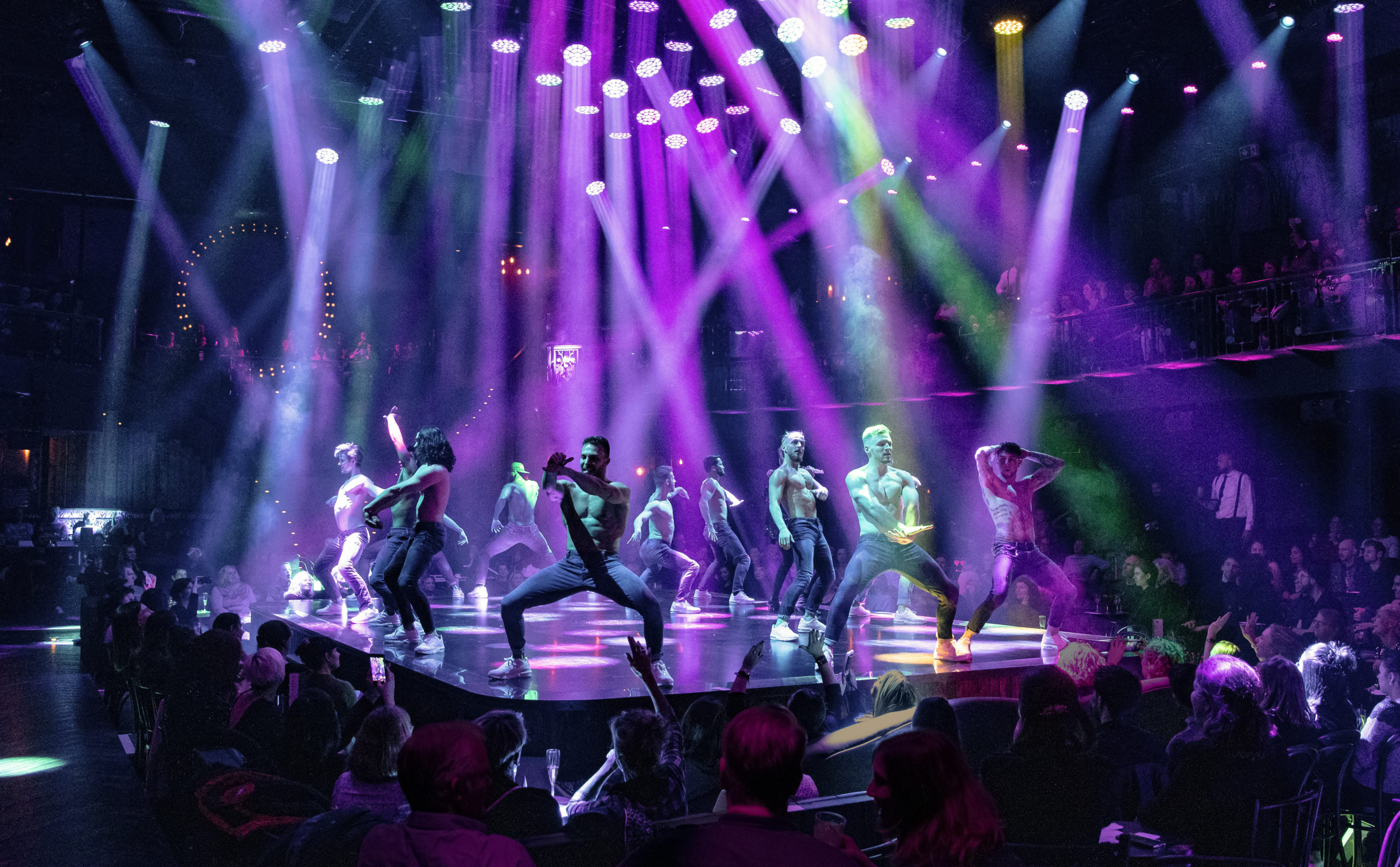 OBJECTIVE: The Dana Agency was hired to promote the launch of Channing Tatum’s Magic Mike Live tour in the United States. The thrilling stage spectacular will feature nightly performances in a custom-built venue at the Miami Marine Stadium site for a six-month limited run.

APPROACH: Our agency coordinated a launch party several months before the show’s grand opening in a secret Design District location for an exclusive crowd of local VIPs, press and influencers to ignite excitement and buzz around the tour launch. During the month leading up to the opening, we coordinated one-on-one media interviews with all local Spanish- and English-speaking media to meet the cast and creative team. For the official launch celebration and opening night, we secured over 200 media and VIP guests, including Nikki Spoelstra, podcast host and wife of Miami Heat head coach Erik Spoelstra; actresses Elizabeth Elias and Arlyn Broche; and fitness trainer Shaun T. Afterward, the 600-seat venue and its sprawling campus transformed into a party paradise, complete with food stations, satellite bars and kitchens, live music, photo opportunities and activations.

RESULTS: As a result of our local and national media outreach, our agency has secured millions of impressions across all major networks and publications, including CBS, ABC, FOX, Telemundo, Miami Herald, Modern Luxury Miami, Ocean Drive, Sun Sentinel, PopSugar, Access Online and more. As a result of the successful grand opening, the tour’s Instagram page grew by 3,000 organic followers overnight and thousands of dollars were made via ticket sales and group reservations.

Due to the overwhelmingly positive response from the community and across all media, investors of Magic Mike Live and Channing Tatum’s team personally contacted our agency to express how impressed they were with how much press coverage we secured for the tour.