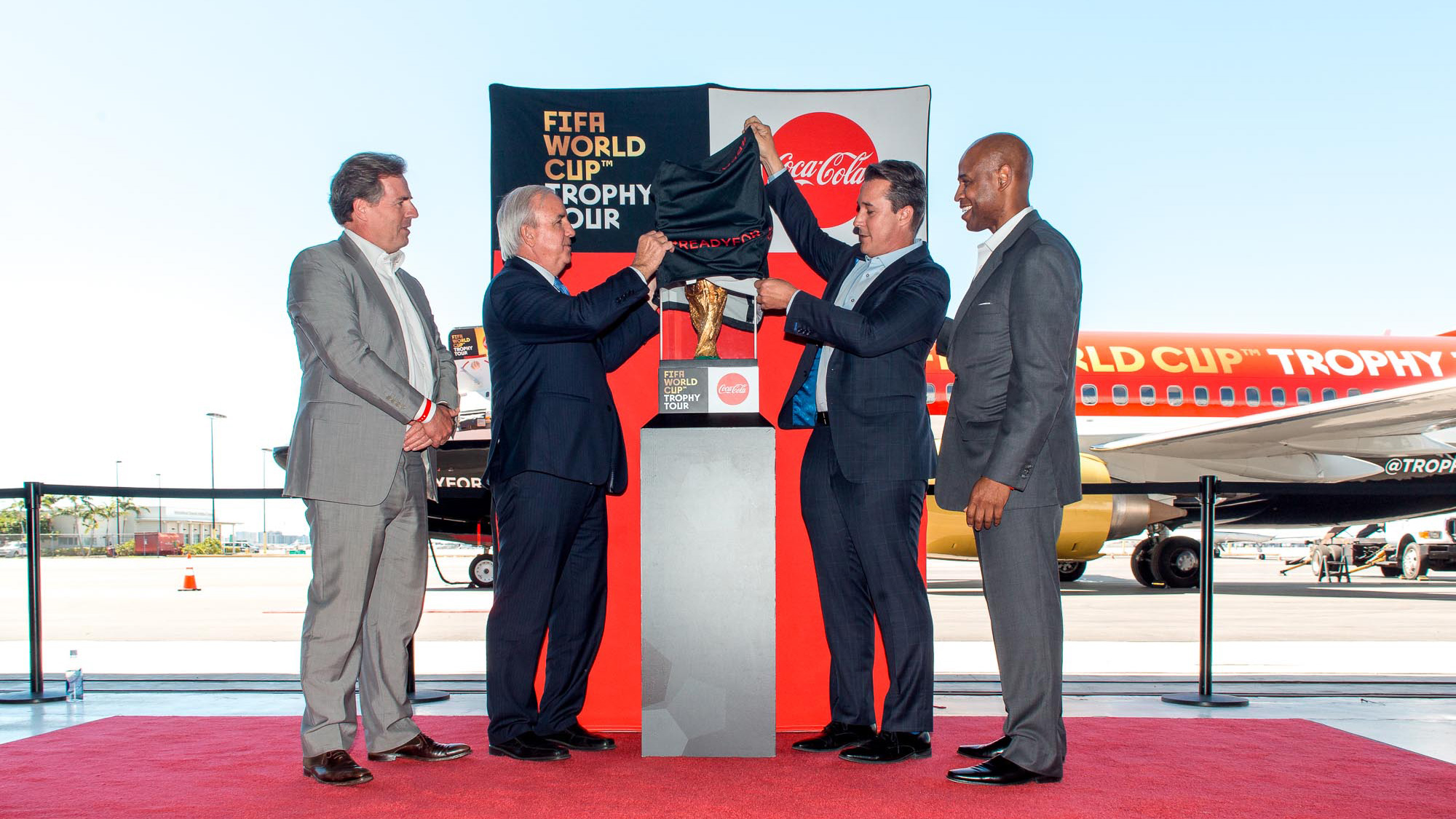 Select groups, including media and stakeholders, were given an exclusive first look of the trophy on the plane before the unveiling in the airport hangar. Attendees had a chance to take a photo with the trophy in its case in the photo booth area and take home a printed keepsake from the once-in-a-life-time experience.