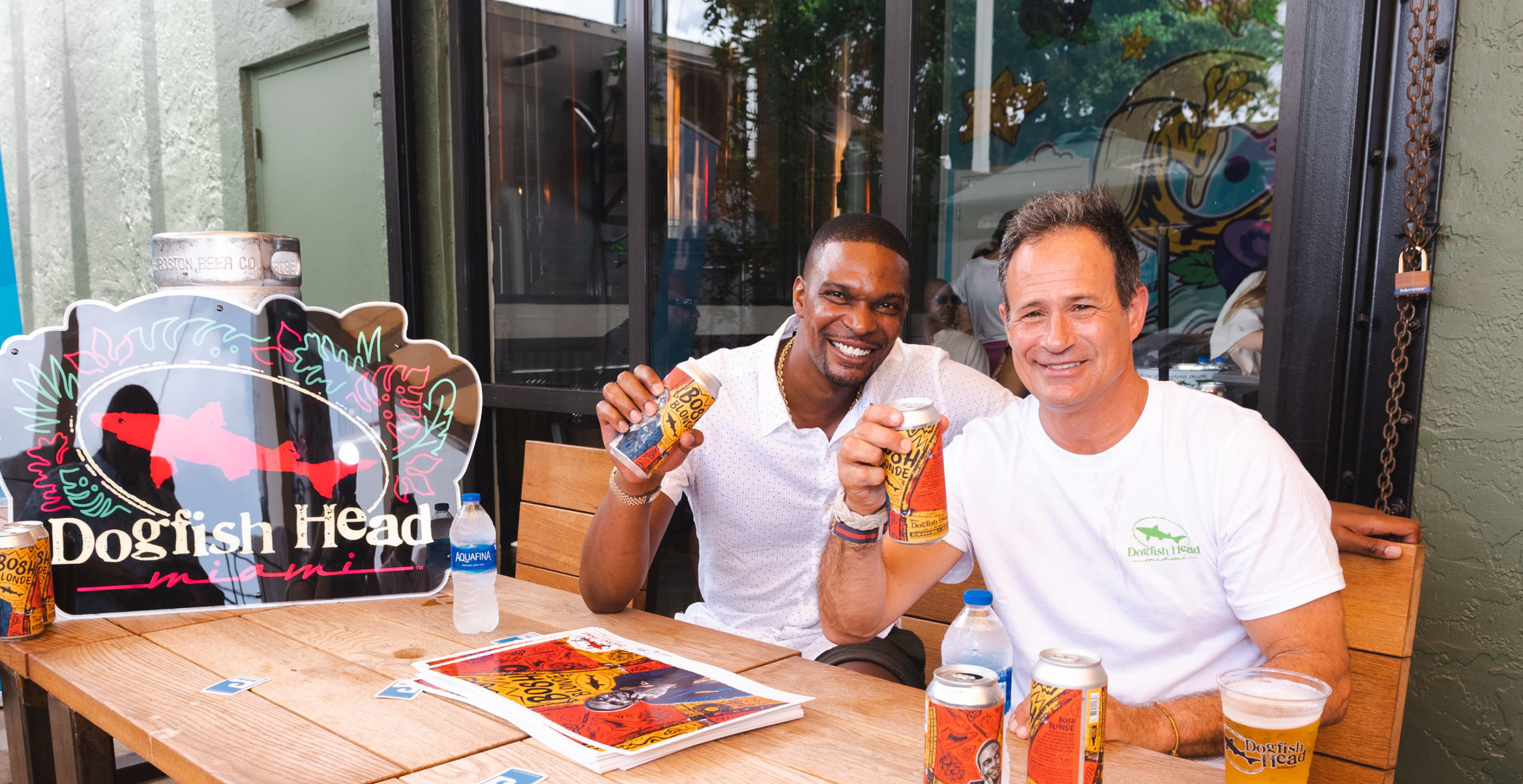 OBJECTIVE: A year after Dogfish Head Craft Brewery made its grand entrance into Wynwood, bringing the national brand’s innovative and creative culture to the similarly artistic city of Miami, the brand was eager to mark the occasion. The brewery partnered with entrepreneur, philanthropist and NBA Hall of Famer Chris Bosh to release a limited-edition brew, “Bosh Blonde,” made with Florida-grown oranges and fresh-squeezed sugarcane juice. The Dana Agency’s objective was to plan, promote and execute the anniversary celebration and beer launch.

APPROACH: Our agency organized a vibrant event with local VIPs, press and influencers to ignite excitement and buzz around the anniversary and beer launch. Leading up to the event, we coordinated one-on-one interviews with local and craft beer-focused media to speak with Bosh and Dogfish Head founder Sam Calagione. During the celebration, guests sampled the new ale and indulged in a special menu of “Bosh Bites” based on Bosh’s favorite foods. In addition, a limited number of Dogfish Head Miami’s Off-Centered Society members had the chance to do a meet-and-greet with Bosh and Calagione, and a portion of proceeds from sales of Bosh Blonde was donated to Refresh Miami, a local nonprofit with a mission to educate, inspire, connect and grow the Miami tech and startup community.

RESULTS: As a result of our media outreach, our agency has secured over 620 million impressions across national and local publications, including Yahoo! News, Brewbound, Thrillist, Sun Sentinel, Miami New Times, BroBible and more. Additionally, local influencers and niche beer and food podcasters and bloggers were in attendance, including Florida Beer Blog, Broward Beer and more. The event successfully reached the South Florida community as hundreds of community members were in attendance throughout the day, with a line filling the street in anticipation of the taproom opening its doors for the party.