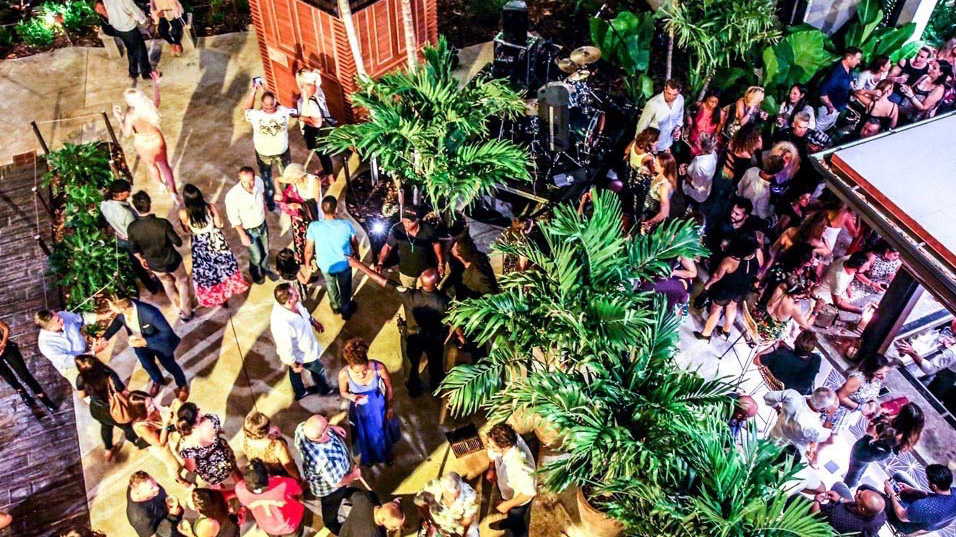 The Dana Agency was tapped to launch vista, the highly anticipated restaurant concept by locally recognized restaurateurs Roberto Bearzi and Fiorella Blanco. The team opened the doors of the new, two-story restaurant, vista, in Upper Buena Vista, for a private grand opening celebration. More than 500 guests including local VIPS, culinary media and city officials attended the party hosted in the summer of 2018.

Evening festivities included a live performance by saxophonist David Rodriguez of Litus Music along with beats by DJ Nuny Love and an original drum solo by 12-year-old drummer Satine Sorensen. Guests also enjoyed a selection of complimentary bites from vista’s menu and sipped on tropical libations such as the Rum Punch with Bacardi, pineapple juice, lime, orange and sugar, and Margaritas with Cazadores tequila, lime juice and agave. Twelve years after the inception of Fratelli Milano, Bearzi and Blanco decided to expand their horizons. After coming across the charming, emerging complex of Upper Buena Vista, which is nestled between the Design District and Little Haiti, they knew the tranquil oasis would be the perfect location for their next culinary endeavor.

Located on NE 2nd Ave and 50th Street and nestled near a 150-year-old Banyan tree, vista is a full-service restaurant in the Upper Buena Vista complex that offers flavorful cuisine influenced by Miami’s local tastes and multicultural backgrounds. The chef-driven Italian-inspired cuisine is built around a strong focus on fresh ingredients.