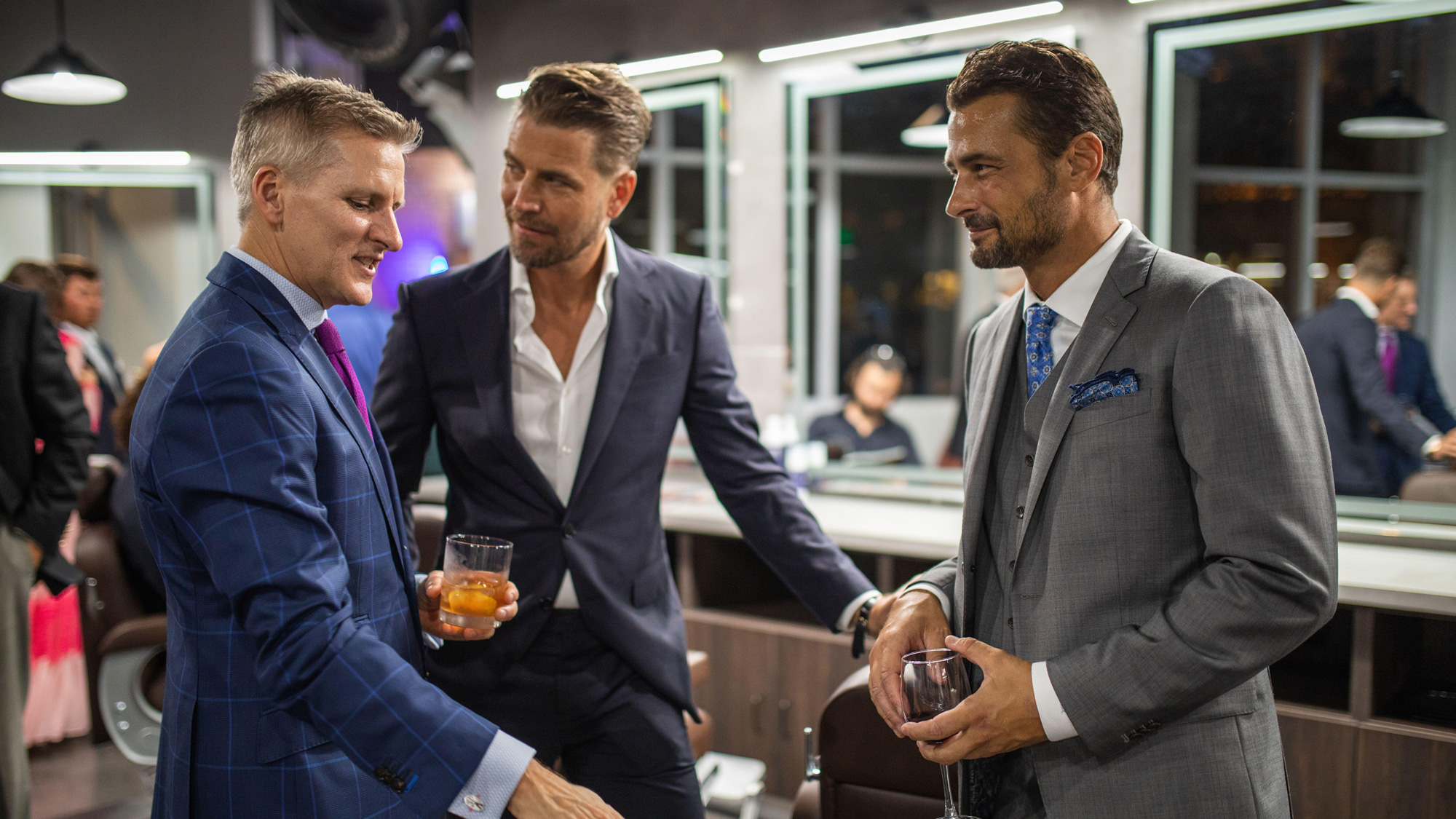 JAXSON MAXIMUS SUITS UP FOR GRAND OPENING IN DOWNTOWN MIAMI

The Dana Agency organized a launch party to generate huge buzz both pre and post-event, partnering with media partner Modern Luxury MIAMI Magazine to organize a grand opening party hosted by MensBook.com. Guests sipped on Glenfiddich whisky, wines from Orin Swift and enjoyed bites provided by celebrity chef Amaris Jones while they mingled and experienced the finest in men’s grooming and custom clothing.