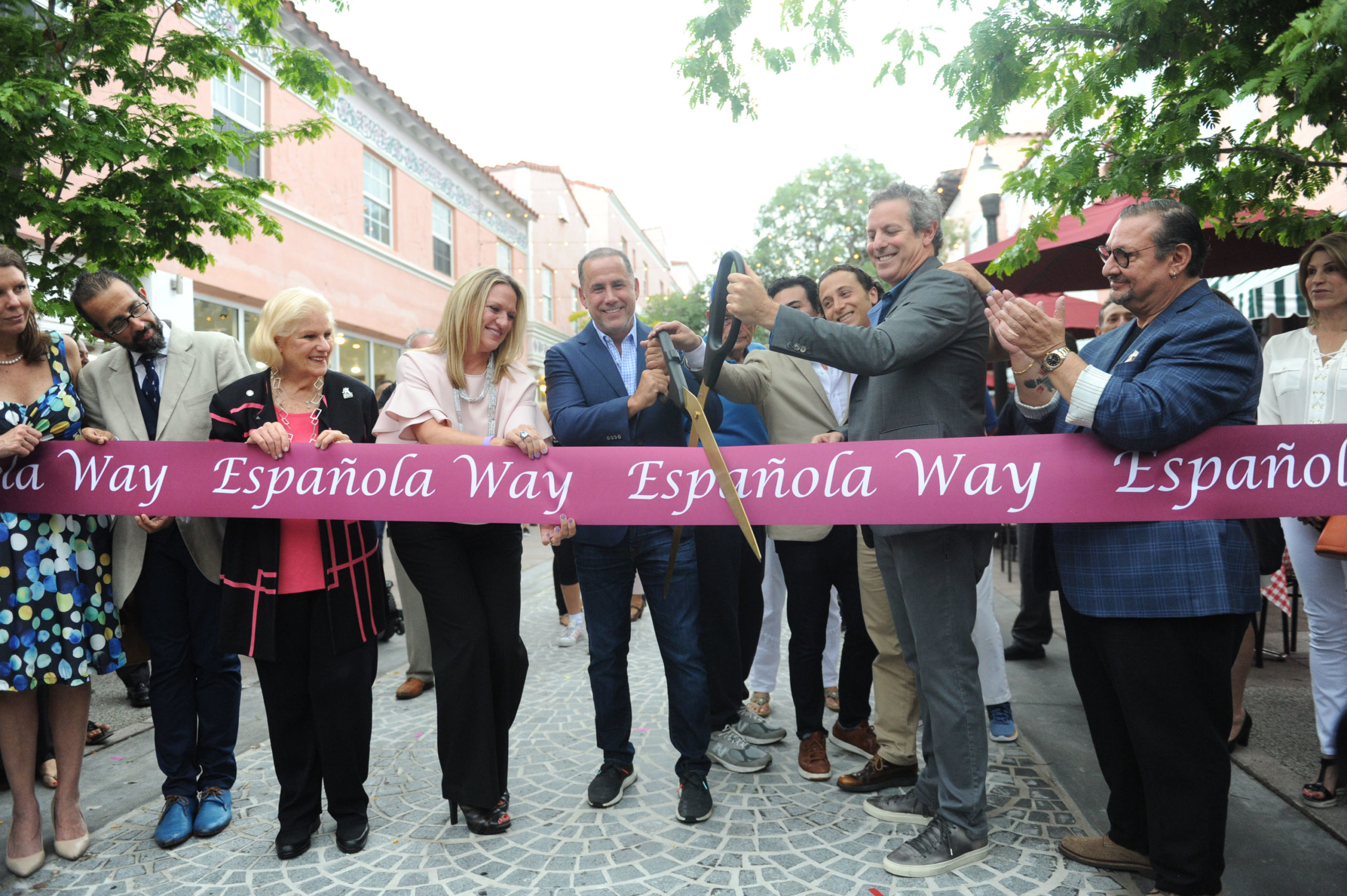 By The Dana AgencySeptember 18, 2020No Comments

Española Way, the most historic lane on Miami Beach, tapped The Dana Agency to celebrate its grand reopening following the completion of a $2.5 million restoration project to reclaim the picturesque and pedestrian-only street’s place in history. Our agency set forth to plan an iconic grand reveal block party to commemorate the special event.

Evening festivities included a live performance by local favorite, Peruvian-American musician and composer, Tony Succar, who paid tribute to the street’s Hispanic roots with a salsa concert. Guests also enjoyed libations and complimentary bites of international cuisine from Española Way restaurants, as well as live entertainment throughout the night including flamenco dancers from Tapas y Tintos, an opera singer at Hosteria Romana, and mariachis at Oh! Mexico. Between sets, DJ Jenni Foxx, known for her familiar beats in rock, pop, and dance, kept the crowd dancing.

As visitors and locals strolled down Española Way, the street’s Mediterranean-inspired character, color and charm were in full effect thanks to the city’s beautification efforts which included new Roman decorative pavers and sidewalks, utilities, landscaping and pedestrian street lighting.

Today, Española Way is experiencing a renaissance, living out the intentions of those who built it nearly a century ago. As a direct result of our PR strategy and media outreach, Española Way was named the “Best Block in South Florida” by the Miami Herald newspaper and has been featured in the national spotlight with placements spanning Bloomberg, USA Today, The Boston Globe and BizBash, as well as a feature on VH1’s Love and Hip Hop.

The Dana Agency was instrumental in reestablishing Española Way as a destination for locals and visitors by securing a number of successful partnerships (i.e. Visit Florida, Miami Design Preservation League, Miami Film Commission, WeWork, Mastercard, SOBEWFF and more); creating content and curating all of Española Way media channels; handling all reputation management efforts (Google, Yelp and TripAdvisor); collecting and adding emails to a database of almost 10,000; contacting Española Way merchants regularly across all platforms to ensure a streamline of communication and retrieval of relevant marketing collateral; and developing and executing 7-day programming on the street. Additionally, our strategic social media campaign grew the historic street’s social following from zero to six thousand.

The Food Network & Cooking Channel’s South Beach Wine & Food Festival (SOBEWFF) is an iconic foodie-fueled weekend that takes over the sands of Miami Beach and beyond each February. The Dana Agency saw an opportunity to capitalize on Española Way’s pedestrian-friendly street and strategically secured a SOBEWFF partnership to host the festival’s popular Midnight Eats event. For two consecutive years, the historic street has been home to the late-night block party that welcomes celebrity talent, iconic chefs and thousands of visitors.

In 2018, SOBEWFF rounded up some of South Florida’s best spots to hit before the sun comes up, and brought them to Española Way to quell late-night munchies, with world-renowned Chef Jean-Georges Vongerichten serving as the host and Action Bronson dishing up his signature beats. In 2019, best-selling cookbook authors and stars of the popular Cooking Channel series, Extra Virgin and Extra Virgin Americana, actress Debi Mazar and husband Chef Gabriele Corcos hosted the Midnight Eats block party on Española Way. The street was electrified with beats by Grammy Award-winner and frontman of legendary group RUN DMC, Rev Run.