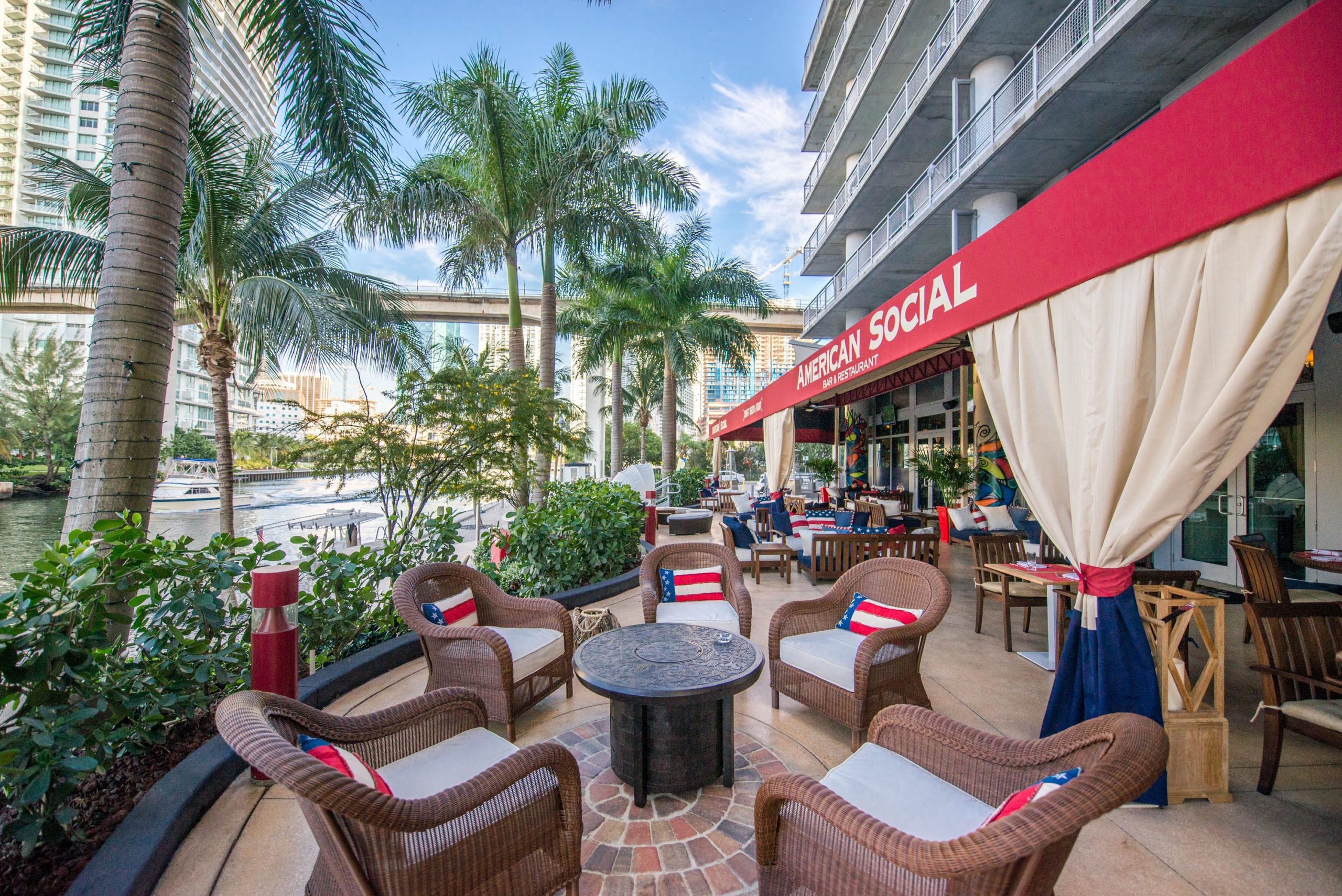 The Dana Agency was first acquainted with American Social Bar & Kitchen in 2013, when the patriotic bar was a newly realized dream to best friends and restaurateurs Rick Mijares and Paul Greenberg. Upon introducing the restaurant to Fort Lauderdale locals and media, American Social quickly captured the hearts of the community and took center stage on the popular Las Olas Boulevard.

The agency, now intimate with the brand, was tapped once again to spearhead the grand opening celebration of American Social’s highly anticipated second location in downtown Miami. We were responsible for conceptualizing décor, inviting VIPs and media, managing the guest list and photographer for the VIP launch party.

While at the event, Miami socialites, dignitaries and party goers enjoyed elevated comfort food classics, craft beers on tap and sophisticated hand-crafted cocktails. Guests danced the night away to live music from Miami’s noteworthy DJ Irie and enjoyed hand-rolled cigars. For a special twist, American Social hosted casino games with branded “AmSo dollars” that were cashed in for drinks and giveaways including a VIP liquor locker membership.

The Americana-themed soirée generated a huge buzz both pre- and post-event. The Dana Agency garnered regional press on the launch in various magazines, newspapers, local broadcasts and online outlets with media impressions totaling 28,465,164.

The American Social name has since gained wide recognition as a South Florida staple and “go-to” spot for local celebrities and athletes including LeBron James, Dwyane Wade, Kyrie Irving, Kevin Spacey and Jason Kennedy. The Dana Agency has cultivated the restaurant’s portfolio of prestigious awards including 2014, 2015 and 2016 South Beach Wine and Food Festival’s “Best Bite on the Beach,” Zagat award-winning Chicken and Waffles dish and the OBIES: A Taste of South Florida’s “People’s Choice Award.”

Having grown with the brand since its inception, The Dana Agency is regarded as a member of the American Social family and has helped it reach exceptional milestones including a full company rebrand in 2015, a sixth anniversary in Fort Lauderdale, a fourth anniversary in Brickell and the announcement of a third installment in Tampa, Florida. The Dana Agency planned and executed the launch of American Social Tampa.