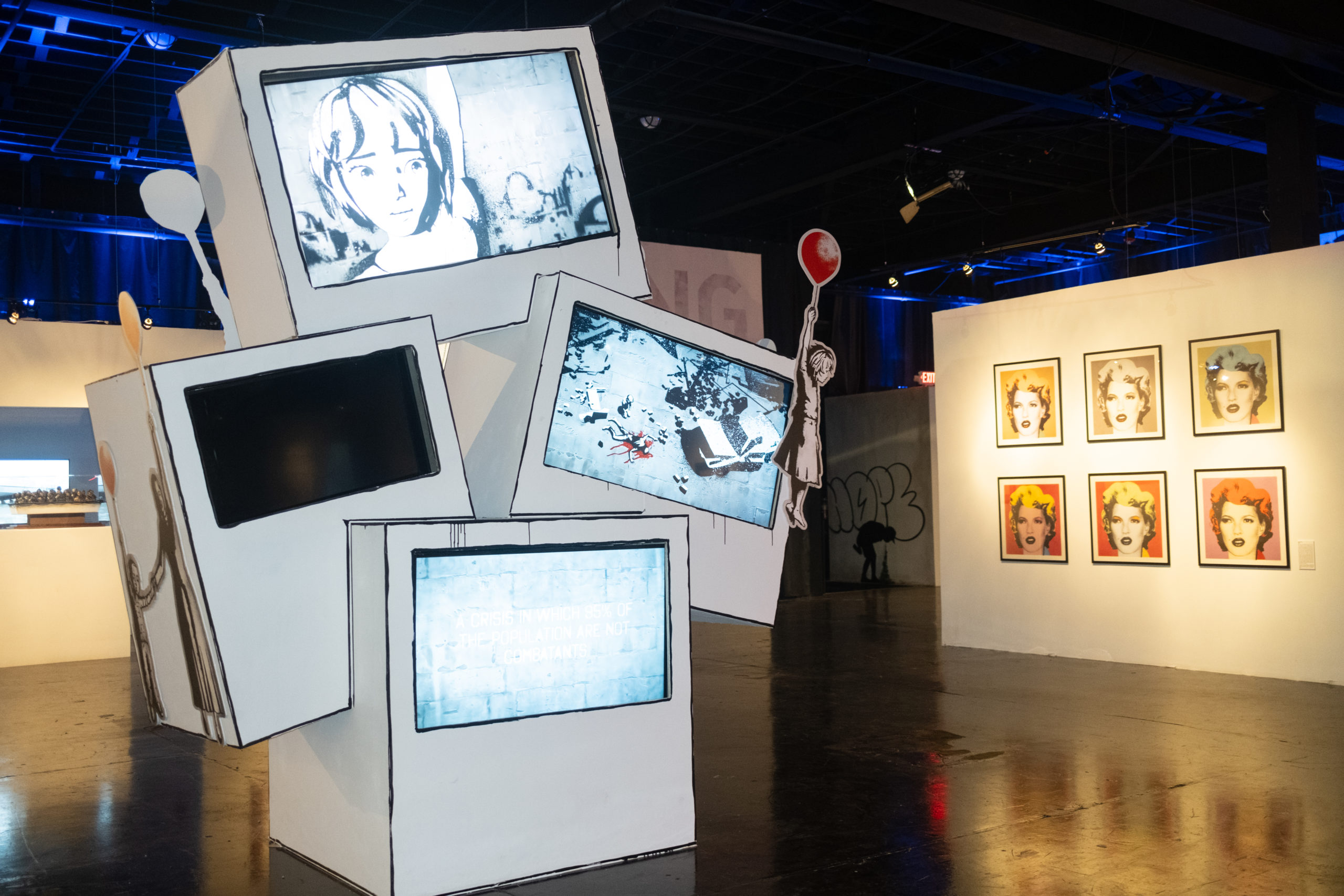 THE ART OF BANKSY: “WITHOUT LIMITS” LAUNCHES IN MIAMI

SEE Global Entertainment, a family of companies representing themed global entertainment events, and eventS, a leading event organization based out of Europe, turned to The Dana Agency to help promote The Art of Banksy: “Without Limits” exhibition in Miami.

The Art of Banksy: “Without Limits”  is an international exhibition displaying the iconic works of the British graffiti artist, whose acclaimed work is uniquely installed in each exhibit location to bring a new and innovative experience for every visitor. The exhibition was seen by over 1.2 million visitors across Europe, the Middle East, Australia and Asia before coming to North America.

After a popular North American debut in Atlanta in September 2021, The Dana Agency launched the global exhibit in Miami in January 2022 at Ice Palace Studios with an exclusive VIP media preview. Hundreds of guests attended the opening event, including lifestyle influencers, art writers and editors, local producers and socialites.

As a result of our media efforts, The Dana Agency secured regional, national and international press coverage on the exhibition’s Miami opening, resulting in millions of impressions for just the exhibit’s media preview night, including placements in the Miami Herald, FOX Deco Drive, EFE, Thrillist, Getty Images and The Guardian. The Dana Agency also secured numerous local influencer visits, resulting in social media coverage reaching a combined audience of over 3.7 million followers.

Following the media preview night, The Dana Agency continued to promote The Art of Banksy: “Without Limits” through its run until April 2022. We secured 153+ top media placements in broadcast, print, digital and social media outlets, in addition to 50+ media visits, such as El Nuevo Herald, CBS 4, Boca Magazine and many more. In total, the exhibit’s three-month stay in Miami surpassed 3.79 trillion impressions and 90+ media visits.
The Art of Banksy: “Without Limits” exhibition in Miami showcased several experiential areas and more than 155 of Banksy’s works, such as certified originals, prints, photos, lithographs, sculptures, murals and video mapping installations exclusively created for this tour. Due to its successful tour throughout the U.S., the traveling exhibition journeyed from Miami to South America.